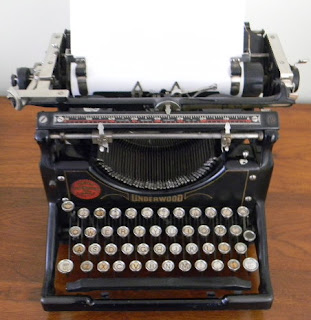 Ivaan, who was so dextrous and whose art required such exquisite hand-eye coordination, was completely unable to fathom typewriting.  He was never able to understand how someone could type without watching their fingers, or while having a conversation, or while reading or listening to someone dictating.   He hated having someone talk to him while he worked, and preferred to work with no one in the room.  Even if they were paying no attention to what he was doing, their presence made him uncomfortable. Ivaan was happiest when he was working alone.

In the 1980s, I was a court reporter.   In those days, court reporting was a serious, slightly glamorous profession, with skills that were hard to acquire and credentials that were highly sought after.   Court proceedings were taken down in a type of shorthand that was developed especially for the fast pace of a courtroom, and subsequently transcribed as needed into typewritten form.   Being able to type quickly and accurately was essential; a substantial part of our income was derived from transcript production.  Being in court all day meant spending many evenings typing transcript.  It also meant being habituated to working in a high-stress environment, surrounded by people and noise.  Ivaan would watch me transcribing my shorthand notes on a typewriter and every so often his anxiety would build up to such a fever pitch that he'd scream, "I can't stand it! I can't believe you can do that!"

What he meant was that he couldn't fathom working when his eyes and his hands weren't both aligned in the same direction.    He'd watch me play piano and marvel that the musical notes on the page in front of me translated into the keys on the piano, but it wouldn't make him scream, because my eyes and hands were focused on a common task.

Since I bought this typewriter, I've found myself several times, sitting at my desk and typing away on it, not even looking at what I'm doing, and I realize I'm waiting to hear Ivaan scream.

SEPARATED AT BIRTH FINALE: IT'S AN OPAL! 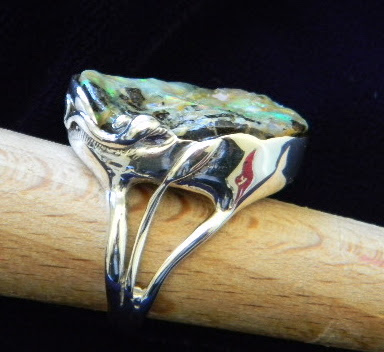 I would not have predicted this.  Yesterday I took the Separated At Birth ring to Ivaan's former partner, Tamas.  He is very knowledgeable about gemstones. Tamas took one look at this stone and said, "It's an opal".  I've never seen an opal with a rugged surface like this before, but he says it's a good one.  So some lucky person who was probably born in October and wears a size 7 ring is going to be very happy.  Ivaan was born in October, so opal was his birthstone.

Today is our 16th wedding anniversary, so it's an auspicious day for me to have completed the Separated At Birth ring.    I hope it ends up on the finger of someone who loves it as much for its history as for its beauty.

Happy Anniversary, Ivaan.
Posted by Eya at 8:39 AM No comments: