It sometimes happens that a woman will contact me to enquire about an item she has bought or inherited, made by Ivaan.  Why is it always a woman?  I don't know.  It just is.  In fact, I can recall only one man, ever, who has enquired about a piece of jewellery he owns.  I remember this so well that I even remember his name:  Jimson Bowler.  He's an Indigenous artist, and he's terrific.  Look him up sometime.  I remember doing a blog post maybe five years ago about Jimson's very unusual Ivaan ring.

Anyway, this isn't about Jimson in particular or men in general, though a couple of men feature in the story.

A few months ago, a woman from B.C. whose name is Wendy wrote to me about an Ivaan corkscrew her brother had bought at auction. Her brother collects corkscrews.  From her description, I drew a complete blank. Eventually she asked her husband to photograph the corkscrew and send me the pictures.

I confess I was dumbstruck because Ivaan did not make many corkscrews and I was pretty sure I had seen them all.  So I wasn't able to give her much information except to say that the handle was pewter, and that it was undoubtedly from 1979 or 1980.  Wendy did a little more sleuthing and learned that the Art Gallery of Toronto had commissioned 50 identical corkscrews from Ivaan as a fundraising endeavour and they were very sought after.  This was one of them.

It's almost incredible that I've never seen another of the fifty.  But I'm willing to bet that as soon as I post this, somebody else is going to write to me and say, "My aunt has one of those" or - even better - "Would you like to buy one of those because I have one for sale". 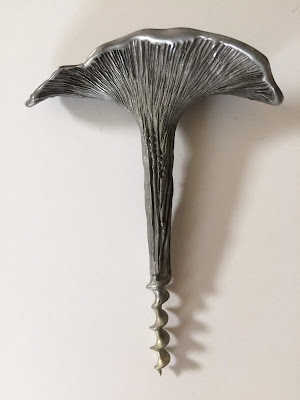 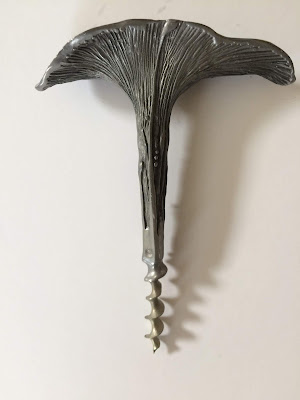