CABBAGETOWN: The Stuff of Legends

Two weeks ago, I moved into the house of some close friends in the west end.  The plan was that my friend Crystal would fly out west for a week to help out in the home of one of her sisters, who had just welcomed a new baby.  She'd take her youngest child with her, leaving her husband Matt, their two older children, and me to keep the home fires burning.

We'd done a version of this last year when their own new baby arrived, and it worked really well.  But we'd never tried it for an entire week, and never with Crystal so far away.   Hard to say who was more nervous, but if the kids were nervous, it didn't show at all. In fact, those children are as
cool as cucumbers.  It's hard to imagine that a 7 and a 4 year old could cope so well with Auntie Eya at the helm instead of Mom, but they are troopers.

Crystal had left me with a schedule of the kids' activities and some very helpful suggestions:  Make their lunches the night before!  Anything remaining is their lunch boxes is an after school snack! Don't forget their piano practice!  Brush and floss twice a day!  Homework!  Everyone washes their hands as soon as we get home!  Gymnastics!  Birthday parties!  Swimming! Bedtime at 7:30!  And, best of all, stories before bedtime.

Now, it's important to note that both children were born after Ivaan left the planet.  The seven-year-old was born exactly one month later.  The four-year-old was born exactly three years later.  But Uncle Ivaan is as present in their lives as if they had known him forever.   They know what he looks like.  They know his jokes. They visit his grave and the peonies which flower at his gravesite every June are a gift from them.

So when it came to story time, I didn't even bother to bring out any books to read.  I was going to tell them stories about Uncle Ivaan and the mischief he got up to when he was their age. These stories are better told in the dark.   The story about Ivaan dropping a homemade bomb off the roof of their house.  The story about Ivaan hitching a ride on the back of the vegetable truck.  The story about what a picky eater Ivaan was....until he discovered ham sandwiches made by the mother of his friends Bo and Len.  Seriously, you could have heard a pin drop in that bedroom.  One evening, when Matt arrived home from work, he came into the children's room for a goodnight hug, in the middle of a story.  The seven-year-old was patient for a minute or two, but finally asked, "And now can Auntie Eya finish the story, Dad?"

The week passed in a blur.  The children were thrilled to see their mother and their little brother. We all pronounced the adventure a complete success.

When I arrived back at my very quiet home, I found an email informing me that Uncle Ivaan was now featured in the Remarkable Lives section of the historical website, Cabbagetown People.  I haven't shown it to the children yet, but I'm showing it to you right now.

On the last night before Crystal came home, I told the children the story of when Uncle Ivaan and Auntie Eya went to Sault Ste Marie for a week, to stay with our nephews Angus and Ivor, while my sister and brother-in-law were out of town.  It was quite a few years before the nephews told their
parents the full tale of what happened that week, but now that the truth is out, this will be the subject of my next blog post. 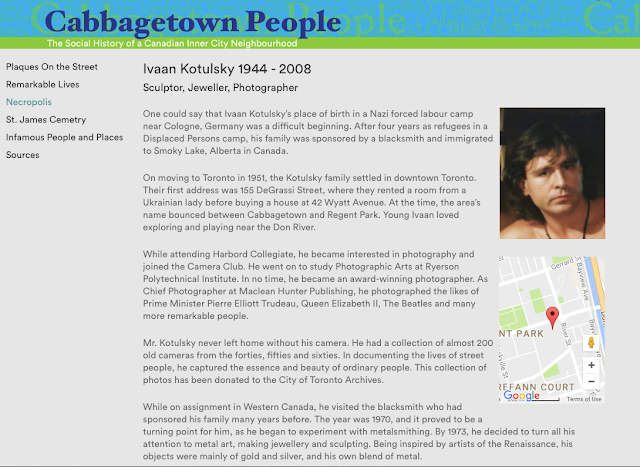 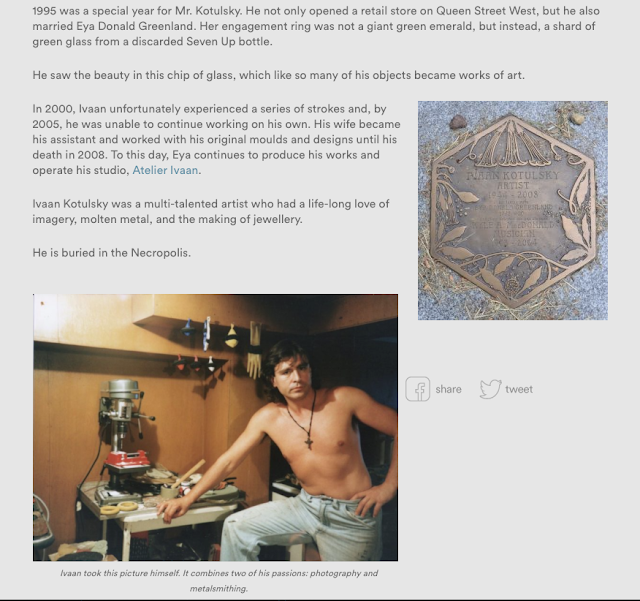