THE ART OF LOSING THINGS 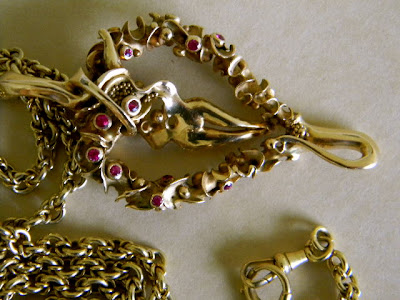 Whenever a group of people gets together and starts reminiscing about Ivaan, a frequent topic of conversation involves Ivaan's "back room" and how chaotic it was.  Ivaan wasn't a hoarder in the classic sense, but he tended to put things down and hope he'd remember where he'd put them.   He was indiscriminate about what he kept, and so whatever constituted his "back room" at any given time was a complete catastrophe:  rare classic Leica cameras cheek-by-jowl with rolls of film that had expired during the Korean War, plastic junk from the dollar store sharing shelf space with old telephone books, dead batteries and plastic bags with someone's mother's scrap gold, waiting to be turned into wedding rings.  Ivaan's back room was not for the faint of heart.


Usually someone whose memory is heavily tinged with nostalgia will chuckle and say, "Yes, it was a disaster, but Ivaan always knew where everything was."
I love reminiscing about Ivaan, so I'll usually let it go, but the truth is, Ivaan never knew where anything was.  Frequently he spent more time worrying about where he'd left one of his creations than he did in making it in the first place.  He lost things all the time.  He created elaborate scenarios to explain where something was - or wasn't - and he wasn't lying, either:  he would completely convince himself that his imagined explanation was gospel.
The ruby-studded gold heart and chain in the photograph above is a case in point.  In 2006, Ivaan's studio was in a warehouse building two doors away from our house.  The warehouse was huge, and it had to be because it contained Ivaan's entire life:  over 700 cameras,  40 years worth of rubber jewellery moulds, bins full of photographs, bins full of metal, his workbench, power tools, books, memorabilia, much of it on - or under - his gigantic round mahogany table.  This gold heart is one of the most expensive and labour intensive pieces Ivaan ever made.  It's something a female member of the Medici family might wear.  It's spectacular.  And for some reason, Ivaan believed he had left it on the mahogany table, the day some contractors came to install a ventilation system in his studio.
Two days later, Ivaan said to me, in the quiet voice he used when he was really upset, that the contractors had stolen his ruby heart and chain,  which he'd  left on the mahogany table.  I was slightly incredulous, because I knew what was on that table, and if one were to have touched anything, one risked triggering an avalanche that would have buried the hapless contractors alive.  We discussed what to do.  Ivaan felt there was no point in reporting it to the police, or building management, or the ventilation company.  He said he would take the pain of the theft of his masterpiece to his grave.  He was genuinely deeply wounded by the loss.

A year later, I was at home, cleaning out the drawers of Ivaan's dressing table. In the very back of the top right drawer, behind the bow ties, the suspenders, the silk pocket squares, the handkerchiefs, the scarves, the yarmulke, the cufflinks,  tucked away neatly, was the ruby heart: the very same ruby heart and chain that Ivaan said the ventilation contractors had stolen.

I tried to keep my face perfectly solemn as I went to Ivaan and asked, "Remember the ruby heart and chain?"  Ivaan looked at me with a pained expression.  "Don't remind me", he said.  "Remember how those workmen took it off your mahogany table?"  I persisted.  "I will take that memory to my grave", reiterated Ivaan.  "It's so strange, what they did", I continued.  "What's so strange about it?  They stole my masterpiece" cried Ivaan.  "They probably didn't even know what it was, and they stole it."

I savoured my moment of triumph.  Finally I could resist no longer.  "What's so strange isn't that they stole it".  I  said.  "What's strange is that after they stole it, they broke in here and hid it in the back of your dresser drawer."  And I opened my hand and showed him the ruby heart and chain.