Last March I blogged about my sad experience of dining at one of my favourite restaurants, Grasslands, with friends, and realizing with horror part way through the meal that one of my beloved gold earrings was missing.  We did a really thorough search of the restaurant, the coat rack area, everywhere, but were unable to find it. I was really heartbroken.  I'd worn those earrings every day for nearly 30 years, since Ivaan had made them for me. They are as integral to me as my signature.

The following week, my friend Esmaeil made me a replacement for my lost earring.  I was thrilled to have it, but because it was new, it was less worn looking than its mate, and the clasp gripped my earlobe more tightly, meaning I needed to rotate my earrings several times a day.

Five months later, my nephew Angus and his beloved, Sara, were visiting, and we were mulling over options for dinner.  Sara mentioned that she was curious about Grasslands, as Angus, Ivor and I had dined there on New Year's Eve.  It was a brilliant suggestion.  I was telling them the tragic story of my lost earring as we drove over, and it felt creepy going in there, as I hadn't been back since that day in February.

I recognized the young woman who was maitre d' that evening, and she recognized me. She'd been our server back in February. She said, "I have something of yours."  I nearly fainted on the spot.  They'd found my earring during a thorough cleaning a few days after I'd lost it, she'd put it aside for me, but one by one, all the staff had moved on to other jobs or cities, and she was the last of the original staff, and the only one who knew me by sight. She was terrified I might come in while she was on vacation or off duty, and no one would know where my earring was stashed.

Let's just say there was a larger than usual tip left that night.  It's good to have a spare, but nothing feels as glorious as both my original earrings. I have always said I plan to be buried in Ivaan's old dressing gown, the most comfortable item of clothing on earth, but I'm inclined to think I'll sleep better if I have my earrings on as well.

Here they are. And, incidentally, Sara loved Grasslands as much as we thought she would. 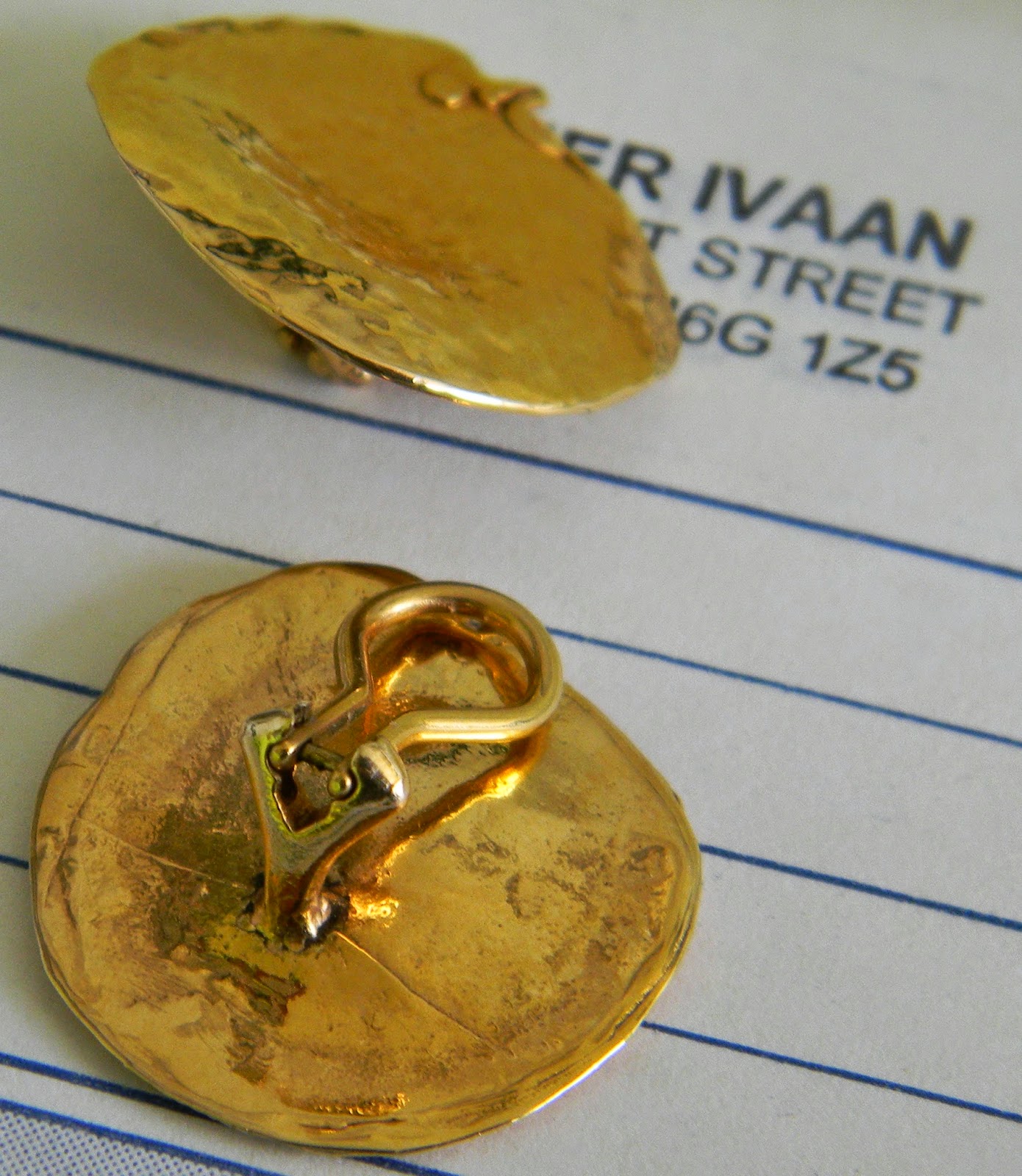