I'd heard about Jimson Bowler's ring years before I ever saw it.   It's an Ivaan piece made probably in the mid 1970s, and it is so complex, it's impossible to figure out how he made it.  It has at least two, perhaps three, colours of gold in it, and I think it has a core of silver underneath.  It's one of those pieces that probably ought to be in a museum, but I'm glad it's out there in the world, being seen and being appreciated every day.

Jimson wasn't the original owner of the Enigma Ring.  He's a native artist from the Peterborough area, and he recalls that about 20 years ago, he traded a piece of his own art for this ring, which was for sale in a shop in Peterborough.  He saw Ivaan's name inside the ring, tracked Ivaan down to his store on Queen Street West, and asked him how he made it.  Predictably, Ivaan replied that 40 years of practice had gone into the making of the ring, and that's all he would say about it.

But it was clearly made as a commission for someone, and whoever that was, they eventually lost track of it and that's how Jimson eventually came to own it.

Jimson and a friend came to visit last week.  I asked him if I could give the ring a quick cleaning and take a few close-up photos of it.  So here's Jimson's Enigma ring.  When Ivaan used to say that the cost of being an artist was that the amount of money an artist receives for a piece of their work can never repay the time and effort they invested in it, he may have had this ring in mind.  Because the one thing I know for certain is that this was a lot of work. 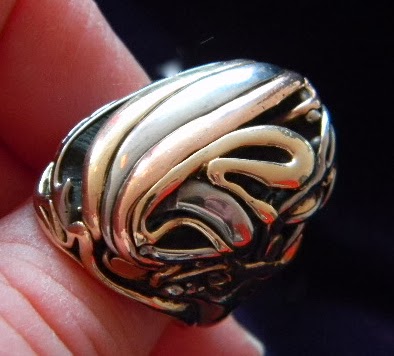 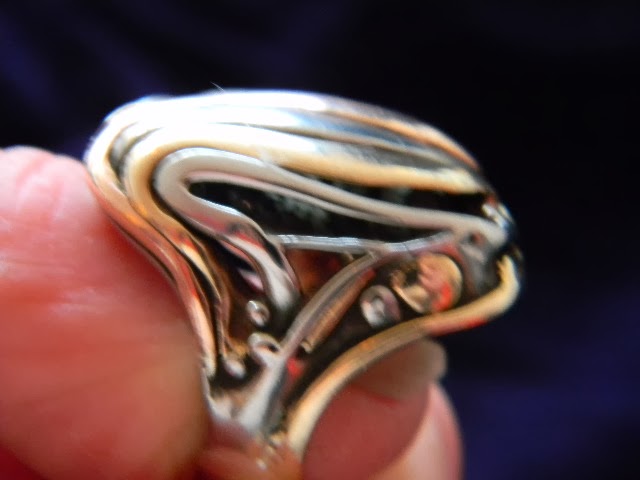 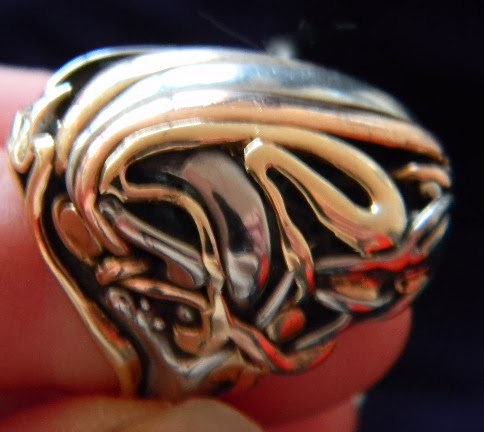