IVAAN AT THE FESTIVAL EXPRESS, JUNE 1970

We were watching the movie Festival Express recently and it was fun to see glimpses of a 25-year-old Ivaan in his trademark Spanish hat strolling around onstage taking photographs.  Here are a couple of screen shots of him during a performance by Tom Rush.  He's the skinny guy wearing a white jean jacket and blue jeans. 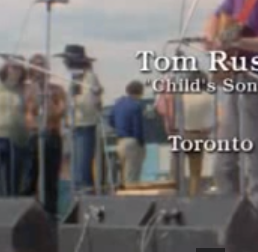 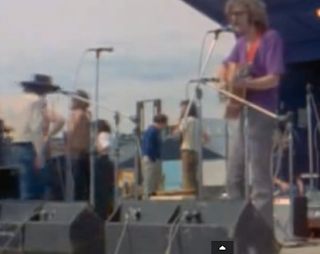 If you are watching the movie on YouTube, much of the footage of Ivaan occurs at about 1:33:00 to 1:37:00. Sometimes he shows up wearing a vest with pockets and some tall brown boots, but more often he's in his hat and white jean jacket.  Just a little blast from the past.

Some of Ivaan's own photographs from the Festival Express are on exhibit right now at the Stephen Bulger Gallery on Queen Street West, in an exhibit called Summer Lovin', which runs until about January 18th, 2014.  Well worth seeing.
Posted by Eya at 10:59 PM